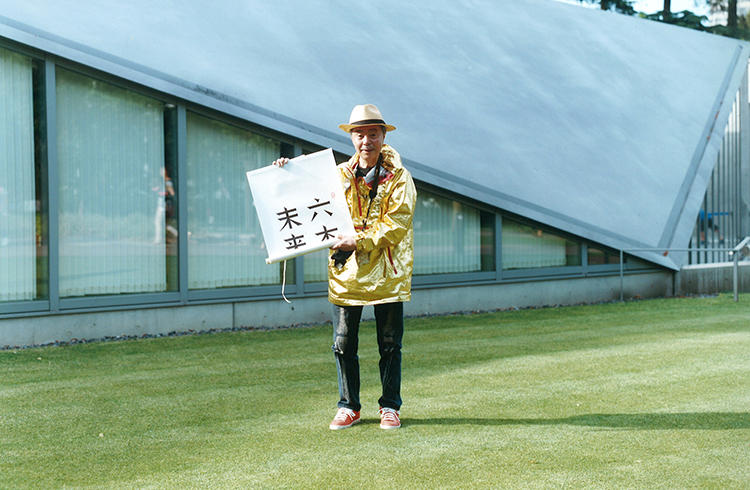 How would you turn Roppongi into an area of Design & Art?

Art director Katsumi Asaba often travels around the world and calls himself an "explorer of the world's written languages". On the day of the interview, he brought along a "hyogu" (mounted) work with the words "Roppongi Mirai Kaigi (Roppongi Future Talks)" in the "Asaba writing" he had invented. Asaba has worked at the forefront of advertising and typography and has created many renowned commercials and posters. We asked him about how he would turn Roppongi into an area of design and art. First, we asked him about his memories of Roppongi.

"The Arctic People Club" in Roppongi

Roppongi in the old days had an image of being a drinking town. Each time I went, I would come across several of my drinking friends. In 1978, a group was formed which was named "The Arctic People Club" by Shigesato Itoi-san; every week we would get together and drink - sometimes there would be as many as 40 of us. It was called "The Arctic People Club" because we'd heard from a Yomiuri Shimbun reporter that Naomi Uemura-san and Keniichi Horie-san were aiming to reach the North Pole by dog sled and yacht respectively, and we thought we creators should go to the North Pole too, to cool our heads. In the end, it was only three of us - Itoi-san, photographer Tamio Tominaga-san and myself - who actually went to the North Pole. It all began because we were drinking in Roppongi.

A group that was formed in 1978 at the initiative of Katsumi Asaba, with the aim of making an adventurous journey to the North Pole. Asaba, together with copywriter Shigesato Itoi and photographer Tamio Tominaga made a 20 day-trip, visiting the hamlet Resolute - the base for Arctic exploration - as well as Inuit schools.

To turn Roppongi into an area of design and art, I would begin by installing a stone table tennis table. A stone table tennis table that I designed is now sitting in Nitta Shrine in Tokyo's Ota City. In the Shikoku region, there is a 10-ton table tennis table made from a single slab of stone which was used for a Shimanami Kaido event. I really wish a similar one could be set up permanently in Tokyo Midtown. I would like people to play table tennis on it of course, and also use it for communicating with each other. For example, a meeting could be held between sponsors and artists, and when someone comes up with a good idea, a person gets up as if hitting a smash and says, "Let me borrow that idea!" Table tennis is a communicative sport which cannot be played by one person, so I think if people hold meetings and conferences on a table tennis table with the net properly in place, communication will go smoothly.

When I had my house built, I asked the great teacher Kohei Sugiura-san, what I should use the room in the first floor for. His reply was, "You must definitely make a table tennis room." So I built a table tennis room with a high ceiling. Of course we played table tennis, but we also used the table tennis table for meetings, and we came up with a lot of good ideas.

A stone table tennis table shown at the "Whispered Prayers" exhibition held at 21_21 DESIGN SIGHT in 2008. The table was made of Inada stone from Kasama City, Ibaraki Prefecture. The installation was in line with Katsumi Asaba's wish to "play table tennis in the streets, anywhere I like, in the breeze."

A national design museum in Japan

After this interview, I will be visiting the Nezu Museum. Roppongi has many art museums and I feel that it is already an art town. From the wider perspective though, I think it's a pity that there are no national design museums in Japan. Last year, Issey Miyake-san and Masanori Aoyagi-san, director of the National Museum of Western Art, launched a group called "Society for a Design Museum Japan" and they held the first public symposium in Tokyo Midtown. Every country has a national design museum, and it's strange that Japan does not have one. If a national design museum is built here, Roppongi really will become an area containing both art and design. Of course, the stone table tennis table should be installed in the museum.

Society for a Design Museum Japan

There was a person living in my neighborhood who kept shouting, "Art is explosion!" That person was Taro Okamoto-san. Echoing him, I often say, "Design is explosion!" There are many small explosions going on, but I wish the design world would explode in a grand way. I suppose one of the big explosions would be the establishment of a national design museum.

Table tennis in France with the grandson of Georges Rouault

I travel to all kinds of places around the world both as an "explorer of the world's written languages" and to play table tennis. When I was walking in a town in France, I found table tennis tables placed all over the streets. The sight gave me the idea to install the stone table tennis table; many people from children to grownups were playing and having fun. If my memory is correct, there were also table tennis tables behind the Picasso Museum. I said, "Beat me if you can!" and started playing with the teenagers there and won against them all. The table tennis culture is fairly widespread overseas. While it is a sport normally played indoors, people enjoy it outdoors as well. Recently I had an uncontrollable urge to play table tennis in Paris. I looked around for a partner and learnt that the grandson of Georges Rouault does table tennis, so I used all means available to get hold of him, and we played in the park.

Table tennis and design are similar. You hit what you receive. I once told Ai-chan (table tennis player Ai Fukuhara) "Don't let your mind get cluttered. Just hit what comes to you." I've known Ai-chan since she was four-years-old; so far I've lost twice and won twice against her. When we met last year, I asked her if she remembered what I'd taught her, and she said, "I've forgotten." (laughs)

Traveling as an explorer of the world's written languages

It is my destiny to travel anywhere around the world where writing exists. A town that has left a strong impression on me is Lijang in China's Yunnan province, an ancient city that is registered as a world heritage. It has the Dongba writing; the Dongba culture is still alive. There is the Dongba Research Institute and a place where young monks come for a 10-year period of training with the aim of becoming a Dongba master. I've visited Lijang five times so far; it is strictly forbidden to take outside the Buddhist scriptures written in Dongba, but during one visit, I really wanted to have them in my possession, so I went to an antique shop in the middle of the night.

The world's sole hieroglyphic writing that is still actively in use. Belonging to China's Naxi minority tribe, the writing has been handed down exclusively among priests known as Dongba. Since there is no standardized form of the writing, many variations exist. Around 1,400 symbols have been recognized.

It was raining, and very convenient for erasing my footprints. I asked the owner of the antique shop if he had the scriptures in Dongba and he responded by briskly closing the curtains and offering me strong alcohol. Then he showed me the Dongba scriptures and I purchased them all and managed to bring them to Japan. They were shown at the "Whispered Prayers" exhibition at the 21_21 DESIGN SIGHT in 2008. 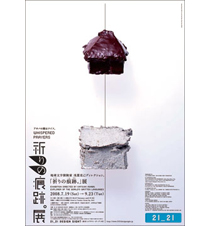 An exhibition themed on "writing" directed by Katsumi Asaba. Held at the 21_21DESIGN SIGHT, various writings as well as artworks and photographs on the transmission of information were displayed.

The appeal of traditional handcrafts

I'm currently interested in traditional handcrafts. Last year, I designed a folding screen, matryoshka doll and kokeshi doll for an exhibition held in Paris called the "Tohoku traditional handcraft exhibition in Paris". In making these items, I found that instead of trying to come up with ideas by myself in Tokyo, all kinds of ideas would come to me when I actually visited the craftsmen in Tohoku. I realized that there is still such a lot of untapped potential in traditional handcraft and that we might be able to make a big "design explosion." I'm currently making plans to take several of Japan's foremost designers to Tohoku. By working with the people of the region, I hope that they will learn and be inspired, and come up with products that can be shown internationally. An exhibition held in September 2012 in three different venues in Paris, France. Its aim was to introduce the traditional handcraft of the Tohoku region to a wider global audience. Items designed by Katsumi Asaba were also displayed.

Editor's thoughts
It was a most interesting interview to me. While making thought-provoking comments, Asaba-san was also entertaining, and sometimes made all the staff members burst out laughing. Incidentally, we learnt that the golden parka that Asaba-san was wearing is a sample from the Issey Miyake collection scheduled to be put on the market in the fall. (edit_rhino) 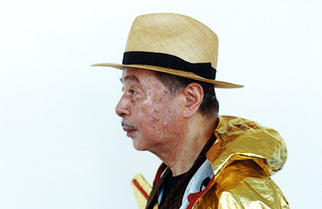