How would you turn Roppongi into an area of Design & Art?

Hold a huge interactive event every year, gethering designers and artists from Asia

Ryuji Fujimura is known for being acquainted with a wide circle of many thinkers and critics, and he sometimes takes the initiative in holding talk events. Since 2009, he has been curating the architectural exhibitions held every summer at "hiromiyoshii roppongi." As an architect, Fujimura says he is interested in cities. We heard his views on the characteristics that define the city of Tokyo.

There used to be a time when places like Harajuku and Shibuya drew many junior high school and high school students and were called "youth towns". Until the early 1990s, there were many such youth towns with various themes in Tokyo, but that began to change in the mid-90s. Young people began to gather in front of their neighborhood stations and stopped going to Harajuku and Shibuya. Sociologist Shinji Miyadai called this phenomenon the "Mattari (relaxed) revolution". It was around that time that the Internet appeared on the scene, and cell phones began to be used. People with the same hobbies and interests began to get in touch with each other and spend a relaxed time together in their neighborhood. Certain towns used to draw people interested in a certain themes, but that phenomenon gradually faded. In other words, it became difficult to see the relationship between a town and the activities of people. I think this is one of the characteristics of contemporary Tokyo and other cities today.

Instead of towns, it is now huge events which have the power to draw people with common interests. The "komike" (comic markets) at places like Tokyo Big Sight and Makuhari Messe have become gigantic events, gathering as many as 100,000 or 200,000 people. So if you are thinking of attracting people to Roppongi, I think that the best way to do it is to hold a huge theme-based event.

Creating ties with Asian people of the same generation

In Roppongi, there are already events such as DESIGNTIDE TOKYO and Tokyo Designers Week which are being held every year, and I think that has helped to establish the image of the town. On top of that though, I think it would be interesting to have an event that gathers Asian people in the design and art fields since Japan's relationship with its Asian neighbors is likely to become more important amid the global competition. I personally am keen on creating ties with Asian people of my own generation; last autumn I took part in a joint exhibition with South Korean architects around my age called "Same House, Different House." 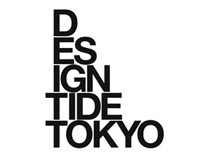 An event that invites artists to show their works and where the latest trends in design can be known. Visitors can touch the works, and buy them from the artists. Last year, the event was held in Tokyo Midtown Hall. South Korea has been through two economic crises: the 1997 Asian financial crisis and the 2008 South Korean currency crisis. South Korean society used to be focused on economic growth, but the crises made the society shift its attention toward valuing the natural environment, and then the community. In Japan too, with the crises such as the Great Hanshin Earthquake in 1995 and the Great East Japan Earthquake in 2011, the mood in society has gradually changed. I find it very interesting talking to people of my generation because we have been in similar situations and have things in common.

Japanese architectural design as the foundation

Because young Asian architects are working in a step-by-step manner, at first glance, you cannot tell what some people are doing exactly. But when you meet these architects and talk to them, you discover that they are aware of society becoming smaller, and they are making all kinds of experiments to find out what they can do as designers.

Ideas on serious topics like "revival of the community" or "restructuring of public spaces" are difficult to relay to people. That's why I think it would be good if an event was held in Roppongi where people could get together and hold discussions, and take a good look at each of the experimental moves being taken.

The Japanese identity and contemporary life

The 20th century style of artists was to express their individuality or their originality in ways that were easy to understand. But I think that in the pre-modern period, Japanese artists tended to be a little more anonymous. Artists had a sort of "transparent" presence: they refrained from leaving their mark as individuals but they still made their presence felt. I feel that in this age of computers and city living, this method of making things anonymously is being revived.

The designer Sori Yanagi said that design is about the order that is found in the everyday lives of people. Japan has that kind of philosophical tradition; the Japanese landscape is sometimes termed "generic" in a bad way, but another way of looking at it is to see that the Japanese value generic things. There is a way of being unobtrusive and yet making your individuality felt in the whole of the work. I think a city could be designed in that way.

In regard to my proposal for holding a massive event, I would like to add that the important thing is to make it an interactive, session-based event. It would be hard to get that "Japanese anonymity factor" if there were only speeches or one-way dissemination of information.

The "Nico Nico Cho Kaigi" (Smiley Ultra Meeting) is an example of an energetic session-based event. There are numerous booths and all kinds of workshops; there are even crowds of people dancing. The activities are possible because it's a session-based event; if it were just an exhibition event, it would not have that physical, feverish atmosphere or that exciting interaction. Maybe the design and art people are not very familiar with the "Nico Nico Cho Kaigi", but I believe that this event holds many hints to the kind of events that could be held in the future. An event held in 2012 in Makuhari Messe on the concept of "Replicating on earth (almost) all of the Nico Nico Doga". This year, the event will be held April 27-28. The picture is of the image character "Nico Nico Chokaikin 2."

Regeneration of the suburbs

What most interests me in my work is "cities." Amid the changing mood in society, I'm particularly interested in how cities of the future should be managed.

As for cities in Japan, I think that we can divide Tokyo into two groups: one group consists of the three central cities (the cities of Minato, Chiyoda, and Chuo) and the other group consists of the rest of the cities in Tokyo. Roppongi is situated in Minato, which is among the three central cities; it's a town that has a network connected to the global society. So I think one of Roppongi's challenges is to consider how it can gain a competitive edge against other cities in the world, and how it can forge an image of itself that is truly befitting for Tokyo.

In the rest of the cities of Tokyo, the challenge is to revive communities amid the rapid ageing of society. The two challenges have equal importance and are like the two wheels of a car - they come as a pair. Since I grew up in the suburbs of Tokyo - seeing scenes of development around me - I'm personally interested in the regeneration of the suburbs where my roots are.

One of the events which will be held during Roppongi Art Night on March 23 (Sat)-24 (Sun). Artists and professionals from various fields will hold talk shows in the shops in Roppongi. Among the people scheduled to participate in the talk shows are Ryuji Fujimura and Makoto Aida, Toshiyuki Inoko and Noboru Tsubaki. Prior reservations are necessary. Please check this site: http://www.roppongiartnight.com/index.html

In the 1980s, Tokyo rapidly expanded outwards, and many "new towns" were built. Those towns now have an ageing, shrinking population and they have come to the point of being called "marginal villages." Instead of being pessimistic about this, I think it's our role as designers to propose ways of reviving them.

To be specific, we need to take a perspective on finance with the next 50 years in mind and consider how we can reorganize public facilities. I'm currently working with residents to make buildings, with an eye to cutting local government costs and realizing a vision for a new community.

I recently visited Yukarigaoka in Sakura City, Chiba Prefecture. It's a very interesting town. They began selling houses in 1979, and they stuck to a rule of selling only 200 houses a year. Even during the bubble era, they did not provide any more than 200. They continued doing that for more than 30 years and now there are about 6,600 houses.

The management ability of cities

Typically, "new towns" were built in one go and their population aged in one go. But because the houses of Yukarigaoka were sold in gradual steps, the town has been able to maintain itself. A house there currently costs around 50 million yen. In other "new towns", there are old houses put up for sale at 5 million yen which still fail to get buyers. The contrast between the price of 5 million yen and 50 million yen speaks of the difference in town management.

Towns which are well-managed are lively. In contrast, when there is a failure in management, the town as a whole becomes a failure. This is true of all local governments everywhere. A misstep can result in a severe situation as in the case of Yubari in Hokkaido. I think that from now on, all local governments and cities will be held more accountable for their management ability.

The infrastructure plan and the city's future

Architecture is an important element of city management. The word "finance" might have an intangible image, but the vital thing is how the infrastructure is planned. The durability of concrete is 60 years. A building will always start crumbling. A local government has many things to consider such as policies on welfare and fire prevention and so on, but it all boils down to the planning of infrastructure. And there is the question of when to make the investment. A lot of the infrastructure in Japan was made in the 60s and 70s, and we will need to make all kinds of moves in the coming years. I think that the role of architects will become bigger.

My favorite city is New York. In the 80s, the decaying infrastructure of New York led to subway trains stopping and bridges being closed, and the city declined. But New York built a new subway and kept renovating, and has made a comeback. I think Japanese cities could learn from this success story. 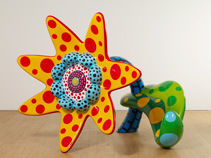 "G-tokyo" is a contemporary art fair that is held with the participation of Japan's top art galleries including "hiromiyoshii roppongi" which was the venue for this photo session. The art fair will be held during the Roppongi Art Night. Renowned art galleries in Japan will show works by promising artists and popular artists; it is an event where visitors can just appreciate or also buy works.
http://www.tokyo-midtown.com/jp/event/2013/6868.html

Editor's thoughts
Appearing before us with an unassuming air, Fujimura-san talked matter-of-factly throughout the interview. He spoke logically and constructively, and it was clear that he is passionate about his work. The photo session took place at the art gallery "hiromiyoshii roppongi" where Fujimura-san holds an exhibition each year. (edit_rhino) 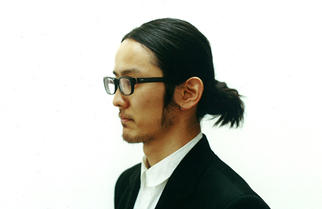